Everyone has to be somewhere, and right now I’m in Brazil. On December 17, after 11 months of anticipation, fear, and sanity questioning, I plunked myself in a plane bound for São Paulo, with a return flight booked for five months later.

I spent the first few days in the megalopolis with friends of friends, a middle-aged couple called Zuleid and Rubens. The days went by in a blur of food, conversation, more food, visits to cultural landmarks, and still more food. Zuleid, a self-confessed fruit freak, had juicy Braz 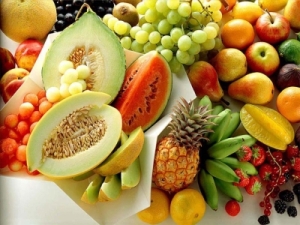 ilian fruits all over the house and I got to try them all: maracujá, guaraná, cupuaçu, goiaba, abacaxi, their tastes as exotic as their names.

After studying Brazilian Portuguese in a disorganized manner for 11 months, with never more than an hour of conversation at a stretch, I was now thrown into an all-Portuguese environment. I had not only to listen, but to answer. By the end of each day my brain cells were crying, but there’s nothing like total immersion to bring you up to speed.

On December 21 I bade my hosts goodbye and moved on to Florianópolis, the city I’ll be calling home for the next five months. That’s when the reality of this venture hit me. Meals were no longer materializing on the table. Steaming coffee was no longer within arm’s reach. The adaptor I had bought in Toronto was the wrong size, and if I didn’t find another one in a hurry my cell phone and computer would run out of power within hours. Three hardware stores later I was approaching panic, when a nice man with a workshop and hacksaw fashioned the requisite item for me.

The Airbnb room I had rented measured less than 50 square feet, and I was well and truly on my own. I ached for my family. Never mind that I had chosen to take this solo trip at age 60—to experience, for probably the last time before I died, the type of cultural immersion that had rocked my world in Japan. I still ached for them.

But the mountains! The ocean! You’re never far from either in this city, known to Brazilians as the “island of magic.” While Florianopolis (handily shortened to

Floripa) is a state capital and has close to half a million people, it’s more a collection of small towns than a standard city, thanks to said mountains. With forty-two gracefully curved beaches, a salt-water lagoon, sand dunes, one of Brazil’s largest universities, restaurants to suit every palate, flashy bars, and old fishing villages dating from colonial days, the island has enough variety to sustain a lifetime of exploration.

But I wouldn’t get to enjoy any of it unless I pushed myself. Unless I risked falling flat on my face. Well, I had plenty of experience in that department. Face-plants it would be, then.

Within a week of arrival I had an invitation to a beach and to a bar, where a local Samba band stole my heart. “Nas coisas do amor, temos que cuidar, mas não cuidar demais,” the lead singer crooned. In matters of love, we have to be careful, but not too careful.

She might as well have been singing about travel.